It has been a lovely weekend. I planned, pieced and quilted a small quilt, went for a few very good walks, cooked and ate lots of delicious Mexican food with Dan, and even found time to go to the cinema. We saw Evil Dead last night. Honestly, I found it a bit traumatic  A lot of the imagery and plot struck a bit too close to home for me. It was good though. So I recommend as a horror movie, but potentially very triggering for some. I recovered from the 'Evil Dead experience' with coffee and late night sewing, and all is well with the world once more :) 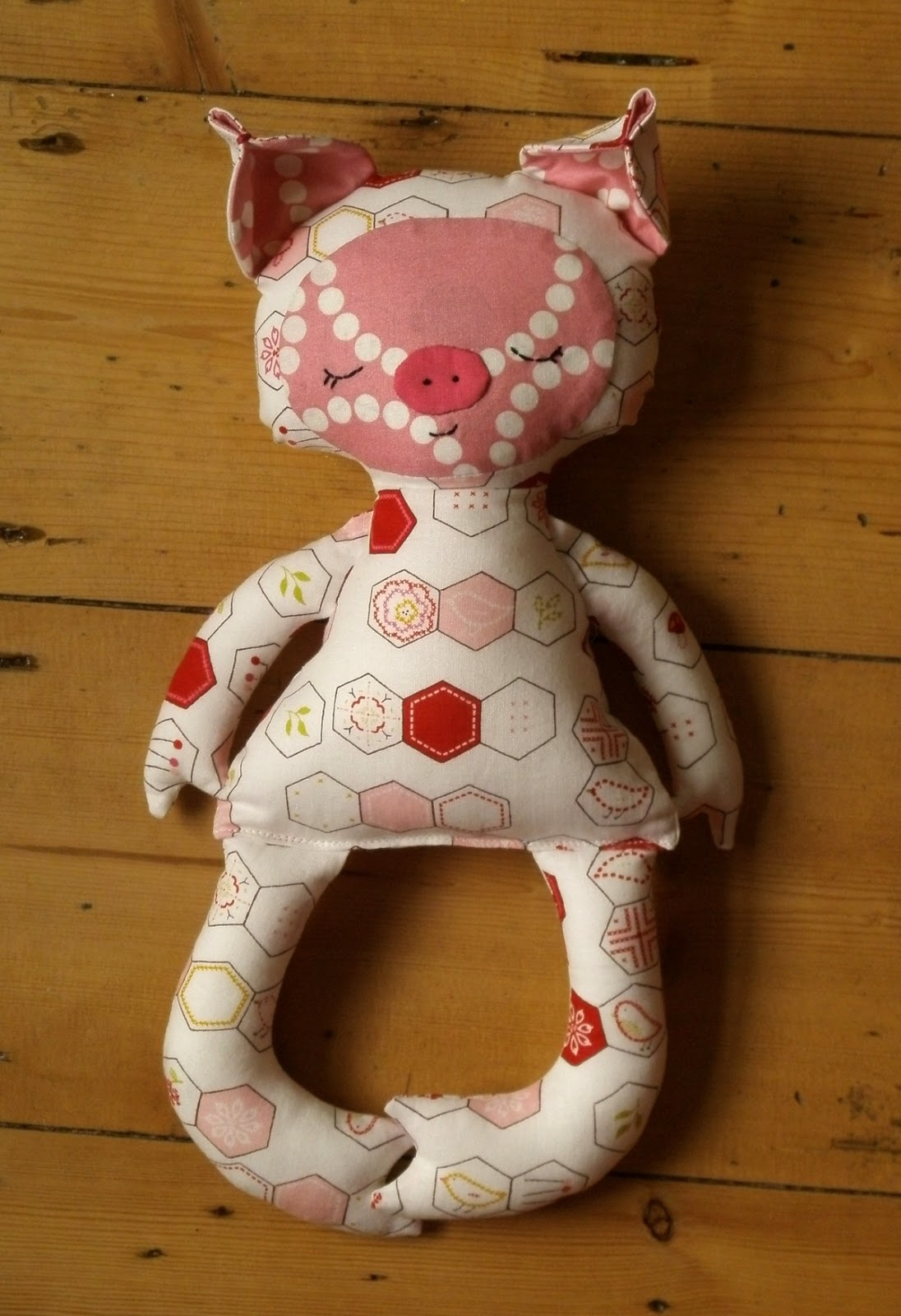 Parker Pig is in the shop. I totally named him the name that his pattern is named, because he is my first Parker, and it suited him. I promise to make a whole batch of these guys over the next few weeks. I've already picked fabric combos for two more. I'm planning on fixing up my old Brother machine for the purposes of Jane's plushie factory, as I want to leave the Pfaff set up for my free motion quilting practice. 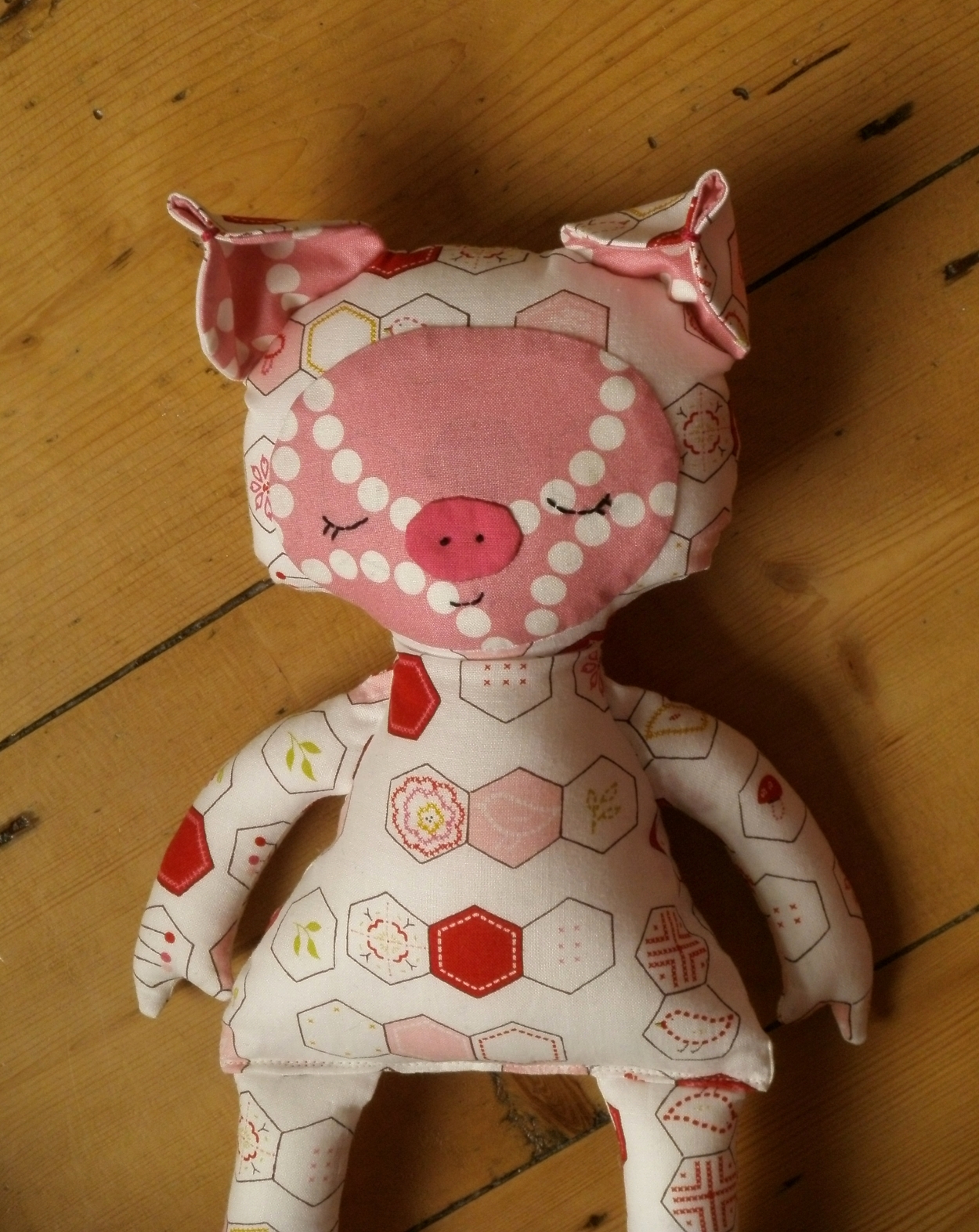 Parker Pig has been made using a Bit of Whimsy pattern. I am a wee bit obsessed with Bit of Whimsy dolls. I own a few more patterns which I really must get on with making, but the pig is my current favourite :) I used Aneela Hoey's Sew Stitchy hexagons for his body and some pink Pearl Bracelets and pink solid for the details. I also fused some woven interfacing to the outer ear fabrics before sewing to make them stand up nicely. 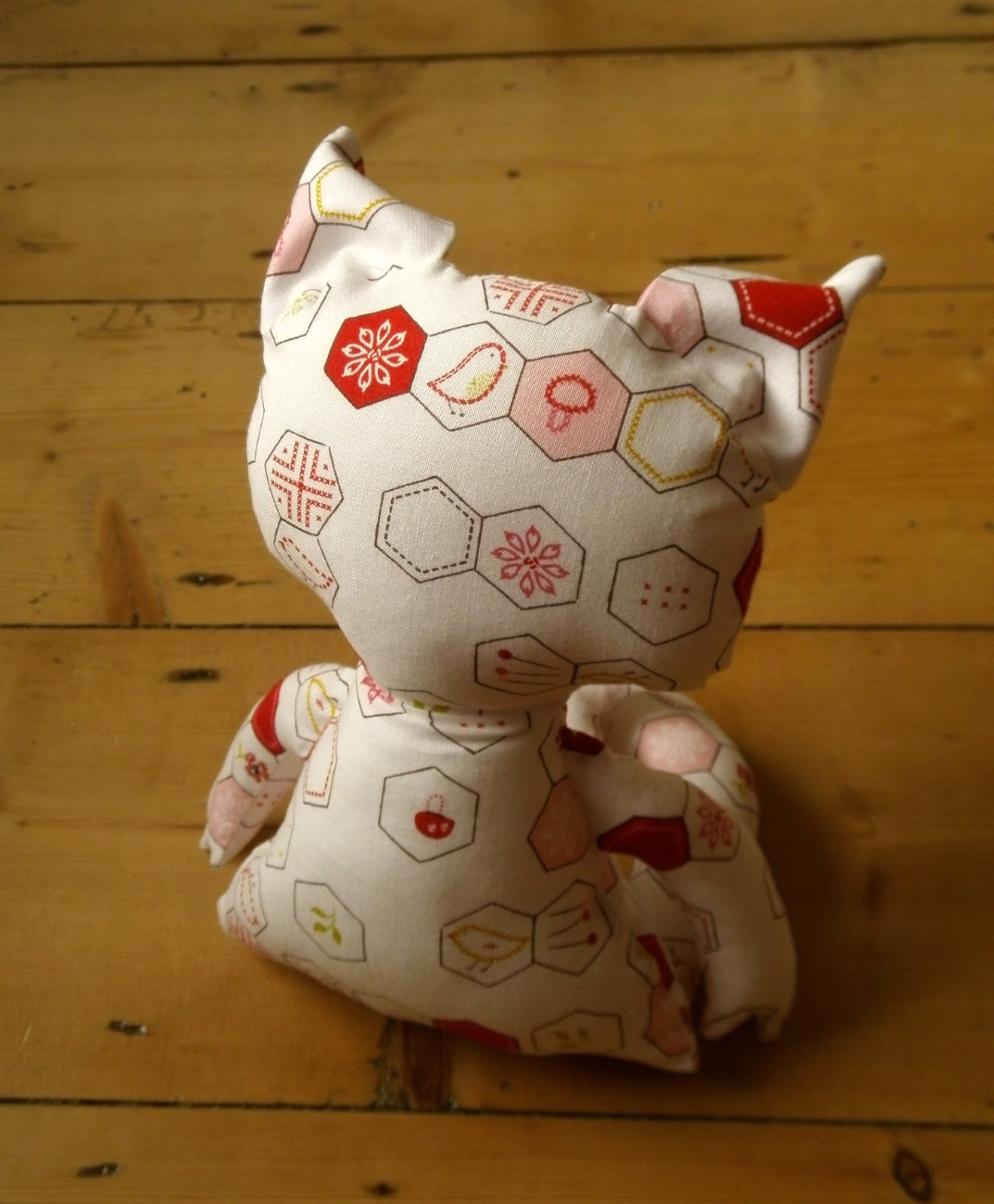 I have a bit of a busy week ahead of me. Lots of knitting to finish up and hopefully a new baby quilt to show shortly. I have decided not to take on any more dolly clothing commissions for the time being as I need the time to work on my stitchy plans. I hope to be a lot more productive on the quilting front from next week.
Posted by teacupfaery at 11:45