April showery day today. I'm mostly hiding away in my studio. Working on a small batch of nautical plushies. The Salty Crew as I call them. I did find some time to cook this week. Finally mastered gluten free banana bread. It made my last two breakfasts extra fantastic. I need to make it much more often. Also made lasagne (of sorts) last Wednesday. I used sliced and fried aubergine and potatoes in alternating layers instead of pasta. Dan made the white sauce as I would most likely have burned it. One day I will master white sauce! 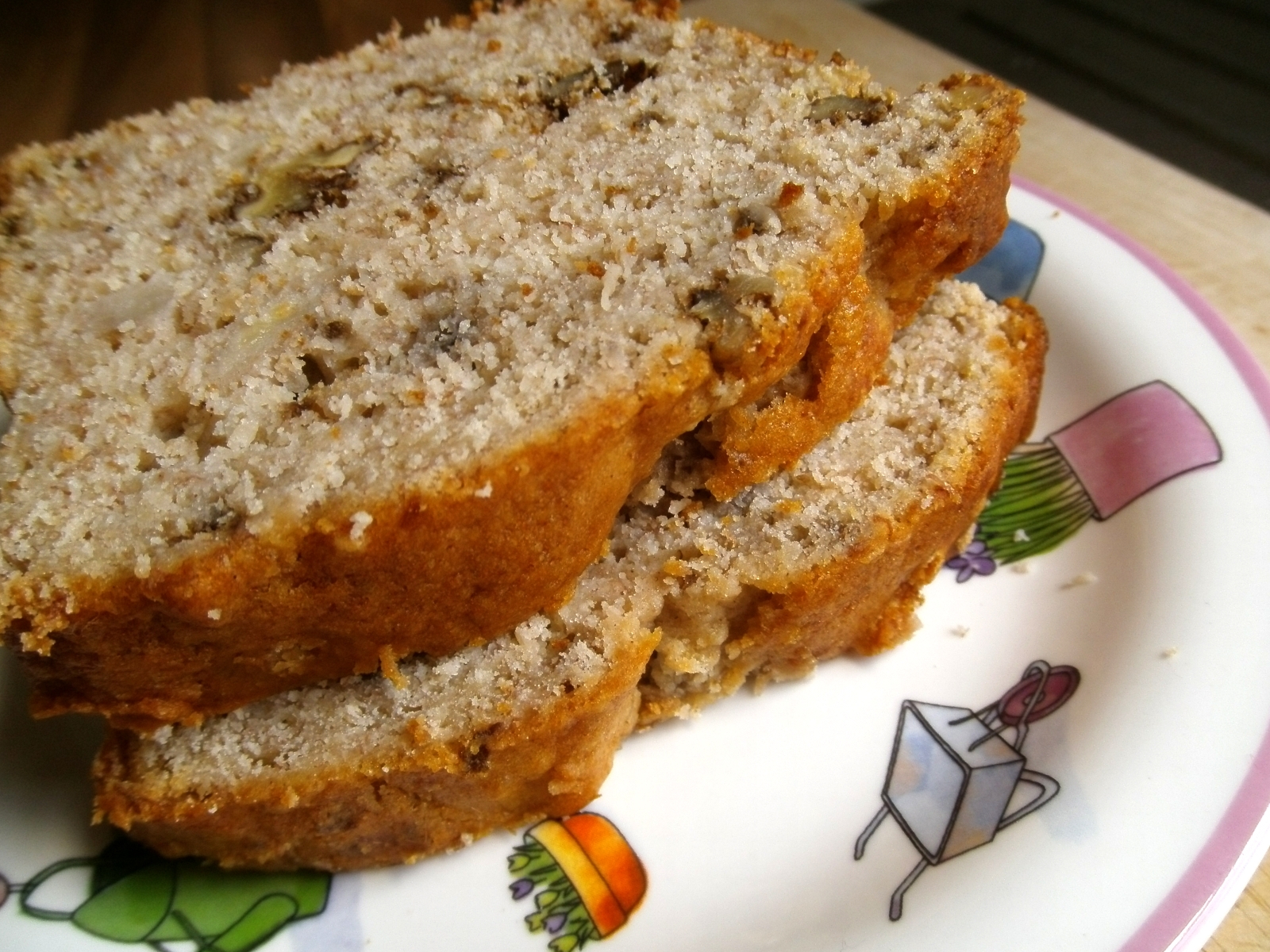 I have been playing around with Tula Pink's Salt Water fabrics. I made a (Small) Giant Star using Jeni's tutorial but starting with 10" squares for my HSTs. The star block measures 36" square and I'll add a 2" border once I get around to it. I'm planning on free-motion quilting this one but need more practice first. 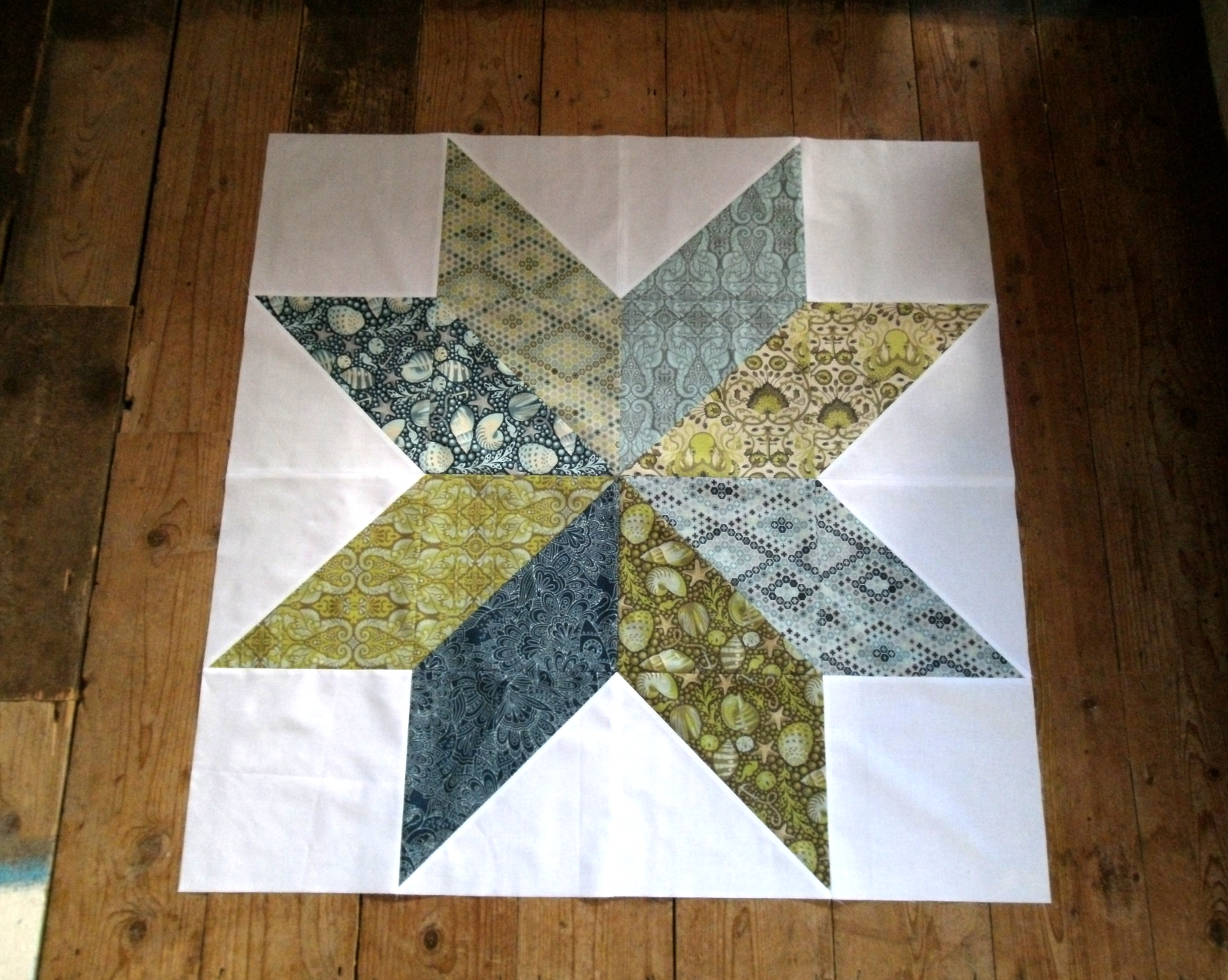 Still impatiently waiting for some FMQ supplies. A supreme slider which (I'm told) will make it easier to move a quilt around my machine bed, and some quilting gloves. I'm also hoping my local stitchy shop can order some new bobbins for my machine as I'm currently running on five and finding it very limiting! I'm told they might cost 2 euro each though!

Sneak peek of the first Salty Shipmate... this is Sea Weed. Made using the Bit of Whimsy Katie Kitten pattern. He is just a little bit wonky but I'm happy with him. 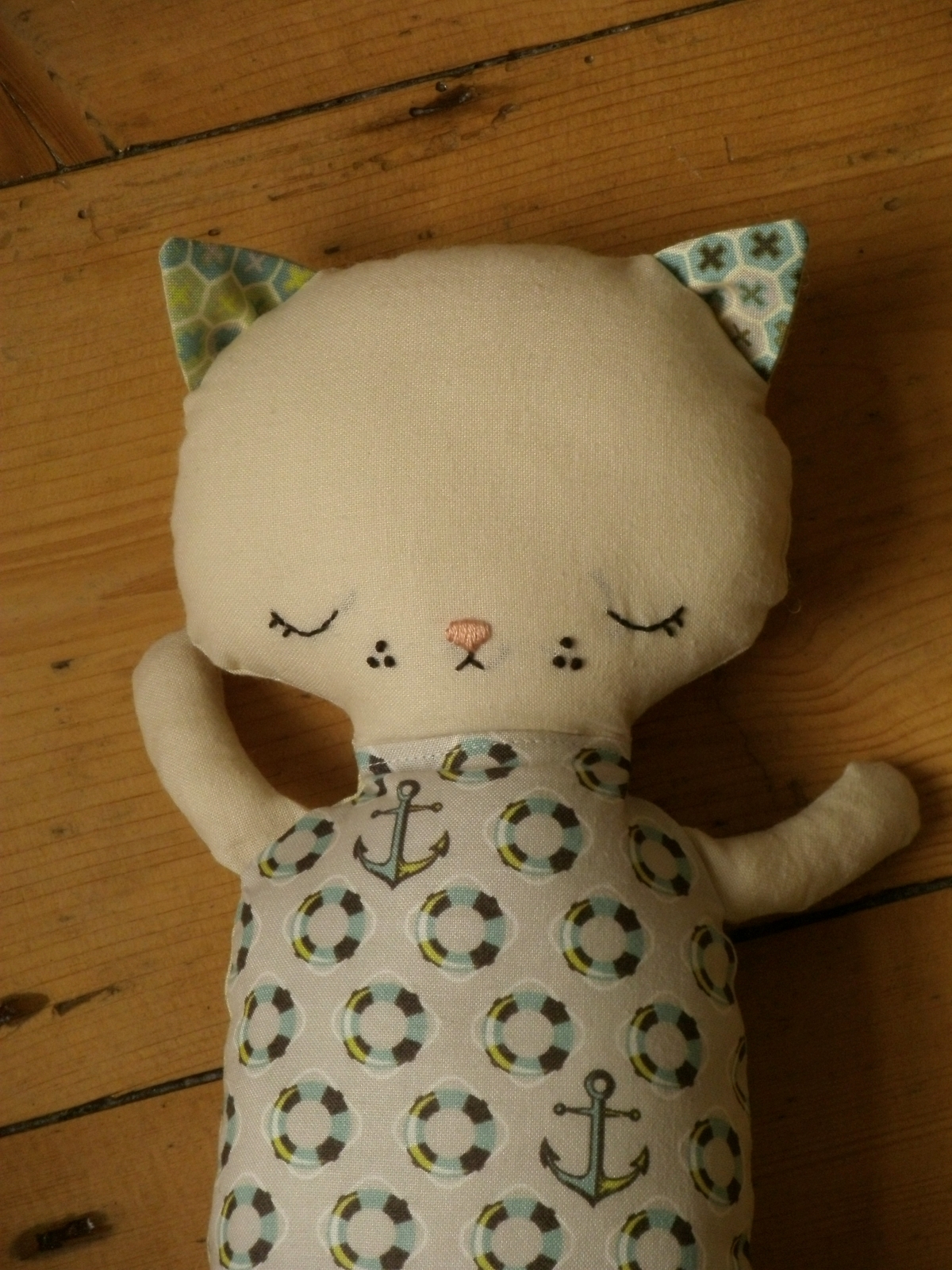