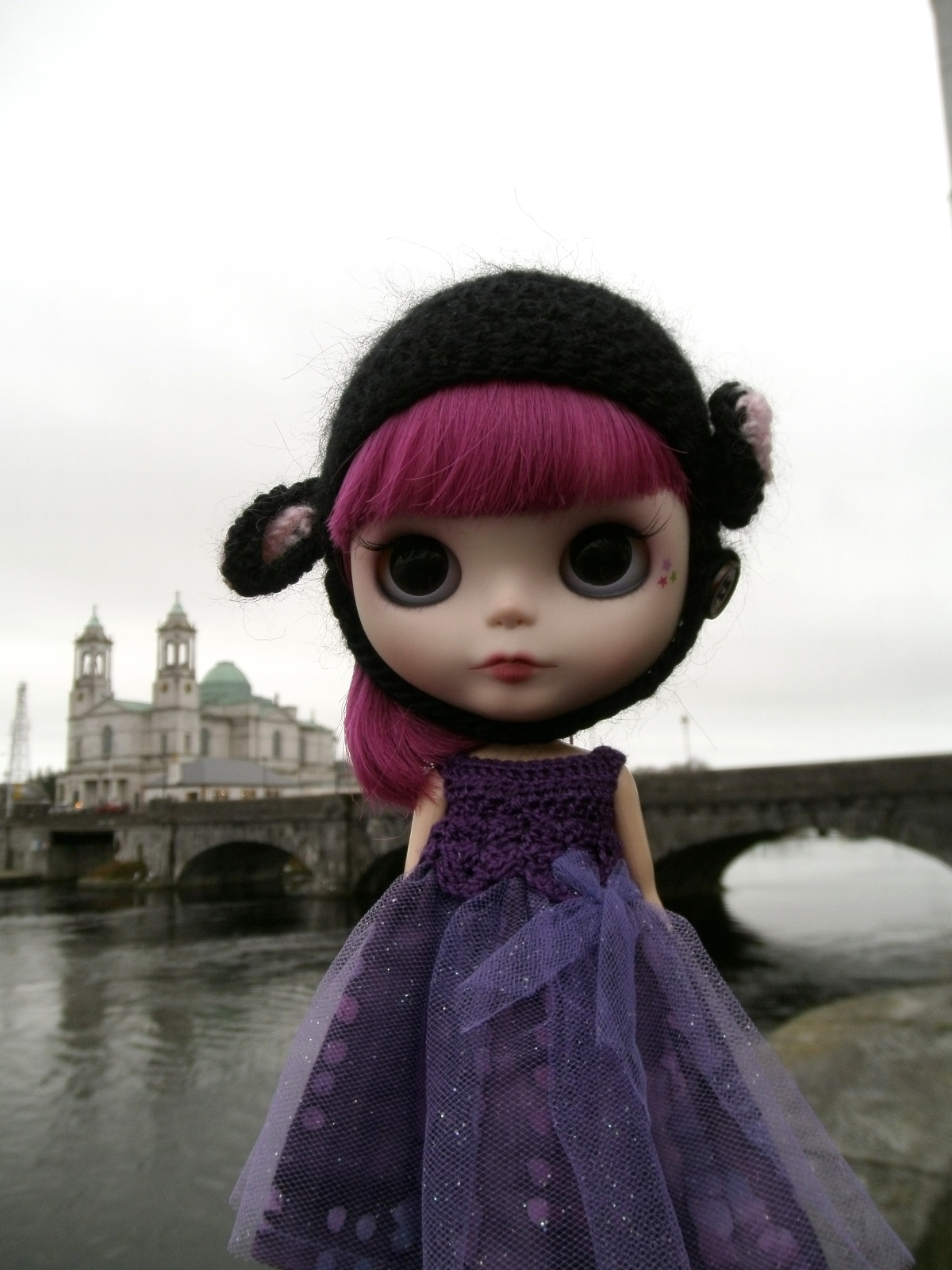 Further adventures in Athlone, with Aurora The Travelling Blythe. Today was one of those overcast grey days typical of late winter here. Sky, river and stone all look much the same. We went walking in town again, looking for sights to see. This is a view of our town bridge with the Church of SS. Peter and Paul behind.

This church contains  six (I think it is six) Harry Clarke stained glass windows. Aurora herself reminds me of Harry Clarke's work. Her pale face and saturated jewel colours, and the coloured glass on her pull-strings  So I had to see them both together. It turns out the interior of a large church does not suit my photography skills, and I was unable to capture anything of the windows themselves, but I intend to have another go at photographing them soon. 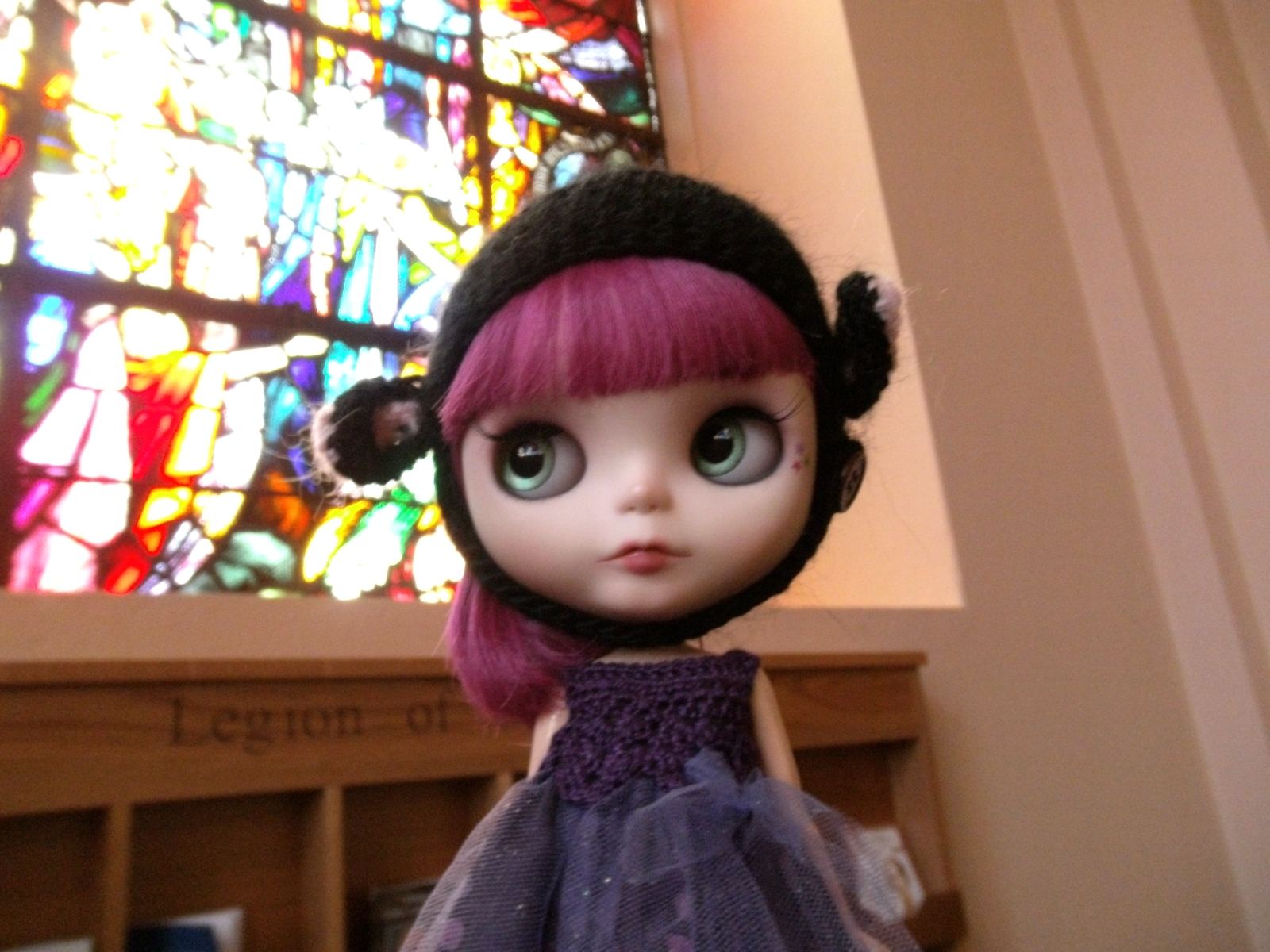 Next stop, The Bawn. a dubious lane in Athlone town centre, which was the birthplace of Count John McCormack. And is also a Chinese restaurant. Count John was apparently H. P. Lovecraft's favourite singer, who Lovecraft once emulated on a wax cylinder recording of himself. I believe he (Lovecraft) destroyed the cylinder almost immediately  but what an artefact that would be! I sometimes wonder if Lovecraft had ever heard of our town in his reading about Count John. 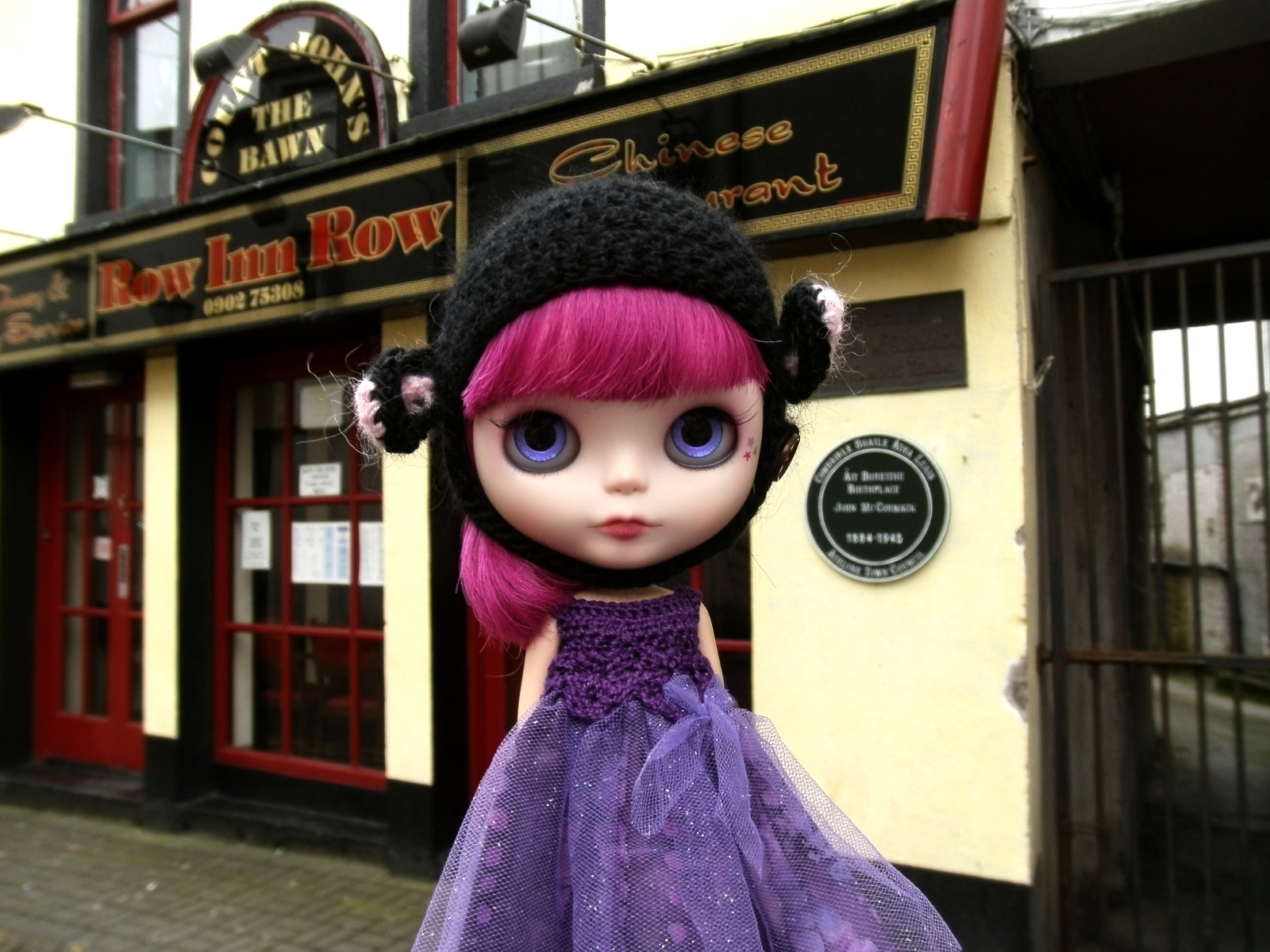 And back to the river. We saw some swans fly by. My walks with Aurora take a lot longer than my usual walks, with all the photo-snapping. But I really enjoy her company. My icy cold fingers were suffering for it though. 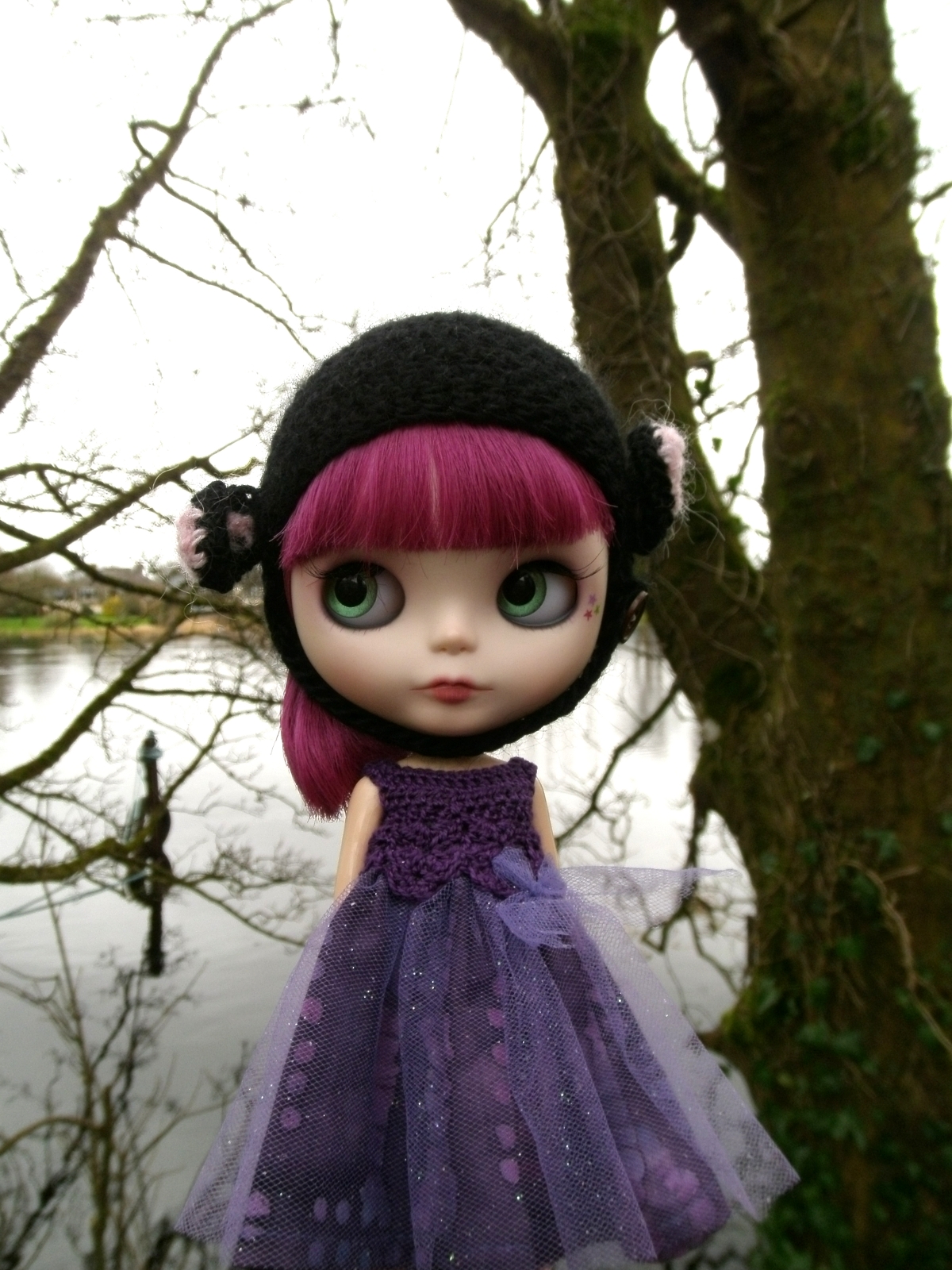 Love her purple fairy dress. It was too pretty to cover up. 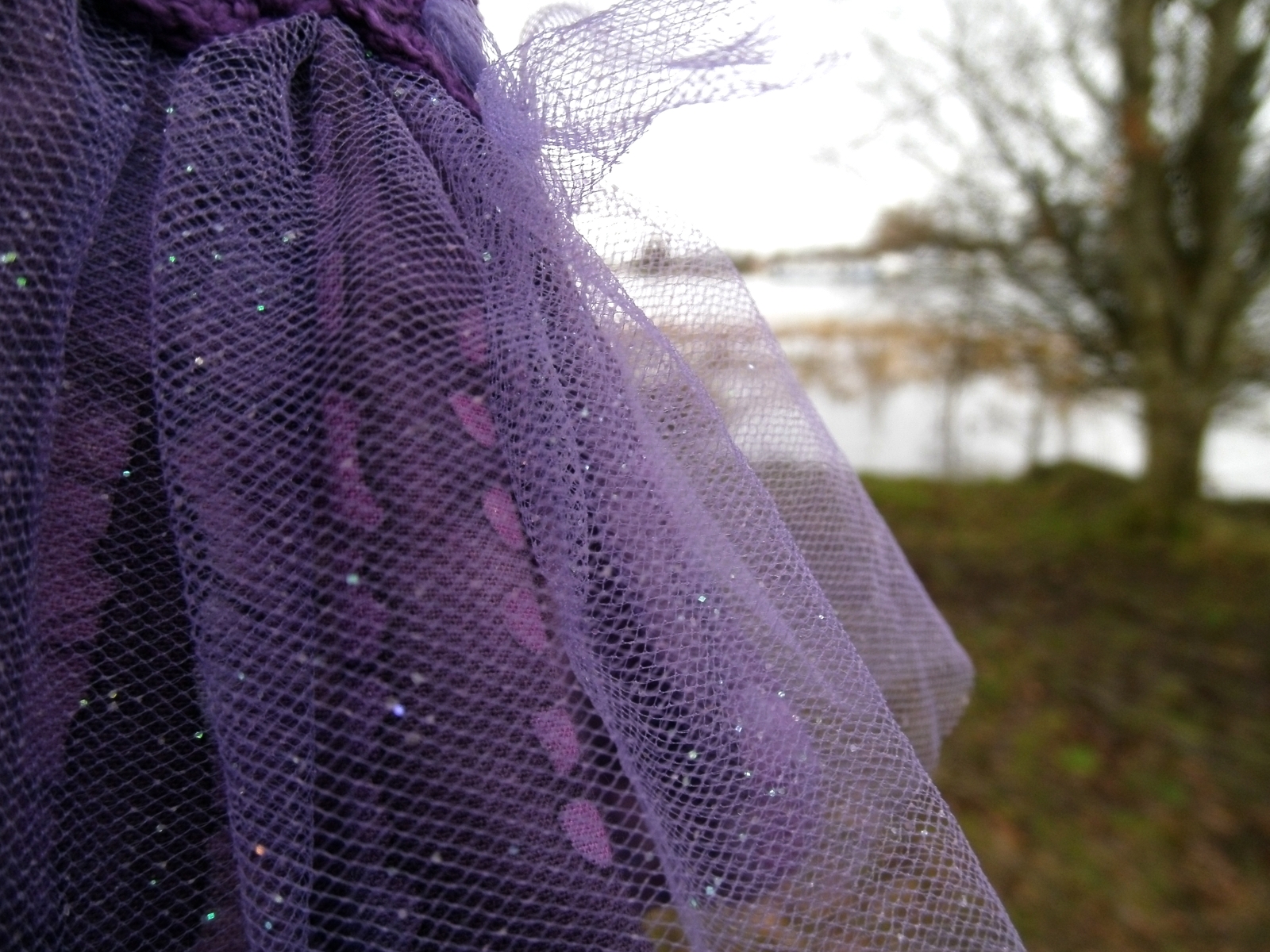